A month and a half ago, I had the chance to re-enact a beloved outdoor activity from my childhood. Not only was it fun, it was indeed nostalgic eliciting a flood of fond memories at our former family farm. It’s astounding to think that thirty-seven years have since passed. Has it really been that long? I guess so.

It all began with a gorgeous sunny, winter day forecasted to be fairly mild compared to the usual biting cold. As the day wore on, it was just too nice to pass up doing something outside, but what could we do?! We considered having a fire in our fire pit, but with a friend’s travel trailer parked nearby, we decided against it just in case any stray sparks found their way over.

Mid-afternoon, my brother called. He was obviously thinking along the same lines as us given that the weather was so inviting. Apparently, he had been down to his pond area earlier that day clearing snow off of the frozen surface for the neighbourhood kids to skate and play hockey on. Afterward, he cleared away another little area and set out hay bales followed by an impromptu fire pit. He, too, figured that it would be a good day to have a campfire and we were invited to visit since we could be outdoors and easily socially distanced. He didn’t have to ask me twice—I was in and so was my husband. Maybe we could even fit in a wiener roast?

In a matter of minutes, things were looking up for us: A family visit (rare these days), a fire and best of all, a ride on one of the ski-doos that my brother managed to recently restore from our much younger years. First bought in 1980 as a gently used sled, I recalled many a winter’s day/eve riding on the back of it or in the cutter sleigh which my uncles had bought to pull behind it. Family sleigh rides were the best, although I was usually the first to bail out because of my incessantly cold hands and feet. Nonetheless, I couldn’t wait to get back on our family ski-doo again some three and a half decades later.

Once we arrived at my brother’s place, I marvelled at his ability to ‘decorate’ outside. He had created a warm and cozy space in the middle of a snow-covered field and, as usual, everything was in its place as though it had been there forever. The neighbours’ kids were having a ball on the pond and the parents were clearly happy to hang out and visit by the fire. A welcome break out and away for everyone it seemed.

For a couple of hours that day, COVID-19 wasn’t shrouding our every move. We were doing something ‘normal’. Before I knew it, I was on the back of the familiar orange Moto-ski gliding across our back, connecting fields. It felt glorious! After making our way to our ravine and taking in a different view of our home from the backside, I told my husband that I was ready to take it for a spin on my own. Slow and steady it was since I didn’t want to risk flipping it. It was a bit hard to steer and its motor was quite loud, but the track ran smoothly as I happily burnt a couple of long, drawn-out circles before heading back to pick up my husband. *I* would drive us back to the fire. While the wind was a bit brisk on the ride, the sun was in our faces and that was all that mattered as we navigated between various drifts, observing the old, yellowed hay poking out here and there. Soon, we pulled up next to the carefully-placed bales once again. My smile was undeniably little Sue’ish and I could tell that my big brother felt proud that his restoring efforts had clearly paid off in more ways than one. It was concluded that next time we would have to get my dad on it since he is the one who afforded it to us in the first place.

After talking and reminiscing with everyone around the fire for a good hour or more, my semi-numb feet dictated that it was time to wrap up our afternoon out. The sun was also beginning to set. While there wasn’t a wiener roast at the end of it all, it didn’t much matter at that point. My stomach may not have been full, but my heart was. Beyond recapturing some of my childhood on the orange sled, the highlight was the chance to enjoy each other’s company as new memories were made with near and dear people & things.

2 thoughts on “Hay Bales, Sleds and Much, Much More” 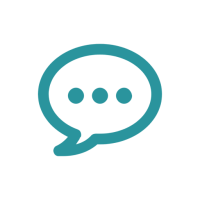 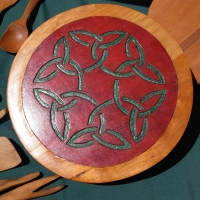